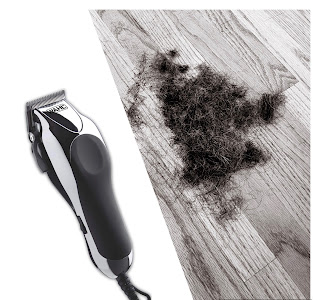 In that apocalyptic spring of 2020 when the world stopped on its axes and humankind moved indoors, when hoards of humans caught themselves diving and drowning into the depths of their fears and souls, Delia realized that her marriage had been pulverized from the outside in and the inside out. It was the end of romance, the end of lust, the end of tiny gestures that could keep alive the flame that brought them together. Somewhere between raising child number two, the money that never came, her morning breath and his overconsumption of television, their story was the clone of all other marriages that flatten into a dumpster of colorless tediousness. Now it was only the two of them and their silence, if not for the occasional sound of someone spraying disinfectant in the boxes that came in the mail. She didn’t even have the strength to create an escapist illusion. “Live in the present,” she kept hearing from her colleagues over Zoom. So she did. Her present was now a pan of boring stewed chicken simmering for supper. That is, until he showed up with those clippers.
“Can you cut it?” he asked. She gasped. That was a first. It was week eight of the quarantine and Sam hadn’t yet had a haircut. His now long thinning hair that grew erratically in uncoordinated patches didn’t frame his skull in any means attractive. She googled “how to cut hair with clippers” and watched tutorials on YouTube. She brought a mirror from upstairs, used a blanket as an apron, pulled up a chair and the kitchen turned into a barber shop. She was nervous but didn’t want to display any signs of an accelerated pulse. She made a joke to break the ice, but he couldn’t break a smile. She then remembered how small he could be.
She started from the base of his skull with clipper blade number three and kept climbing up in circular motions. It had been months since they had this much skin on skin contact. Chunks of coarse hair touched her hands before they reached the floor and she felt a jolt of light electricity in the pit of her stomach. It rained the first time she touched his hair back in the day. Her mind now played Leonard Cohen’s she tied you to her kitchen chair/she broke your throne and she cut your hair/and from her lips she drew the Hallelujah. Why couldn’t he just passionately throw her on the kitchen counter and have a feast with what was left of each other? “Oh my gosh, what are you doing?” Sam shouted as he moved away from the chair. “I...I...I’m so sorry, I didn’t…”, she tried to explain, but he interrupted her: “You gotta be kidding me.” Delia somehow had managed to switch to blade zero and there were now chunks of baldness all across his head. His face was flushed in red spots and he had to gather a colossal amount of strength not to explode in rage. To her surprise, he stared at her, sat back in the chair and asked her to keep going. She paused and looked deep into his eyes thinking of all the roads she could take. In minutes, his head was as smooth as an egg. His expression was a mix of shock and delight as he studied his new completely bald look. “Can you smile for me now?,” Delia asked, smartphone in selfie mode. He wouldn’t. “My goodness, it’s just a smile. It won’t hurt.” Instead, he mumbled: “your legs are hairy.”
With her heart shattered in pieces after another blow of passive aggressive punch, she took on the self care advice from her earlier Zoom meeting. “Me, I will focus on me now.” She filled up the bath tube with warm water, drops of rose oil and Epson salt, lit some candles, pushed play on Pandora, closed her eyes and allowed her aching body to float weightlessly in darkness, if not for the heaviness of her thoughts: “how did I end up here?” That’s when Jeff Buckley’s version of Cohen’s song started playing and Sam entered the bathroom. Well your faith was strong but you needed proof / You saw her bathing on the roof/ Her beauty and the moonlight overthrew ya. He couldn’t remember the last time he saw his wife naked. He stood there for a few minutes examining every inch of her, from her large calf muscles to her shoulder length hair with overgrown gray roots. She was glowing in the clandelight, definitely heavier, plump winding curves that could shape a coastal highway. And like a Samson in reverse, Sam found his strength. Quietly not to disturb her, he undressed, entered the bath tube, grabbed the razor and gently started shaving Delia’s legs.
And every breath we drew was Hallelujah
Location: Houston, TX, USA

March 02, 2022
Studying, dreaming, vision boarding with my little sister in the 1980s (I'm on the left) I vividly remember the turquoise-colored table globe spinning, my sister and I hovering our tiny skinny fingers over it until the rotation stopped and they landed on a country. I loved learning their names, but most of all, I loved to imagine myself exploring those faraway lands, so exotic, so unreachable. We would then grab scissors, glue, a stack of mom’s fashion magazines and meticulously look for models with outfits that represented the countries of our spin the globe game. Once we found the perfect ensemble, we would bond the images to a notebook and with colorful cursive letters write the location and occasion. In my imaginary “Summer afternoon in Valencia, Spain” I was a gorgeous lady wearing a beautifully embroidered white skirt, a matching top and a straw hat. In real life I was seven, eight years old. I didn’t know back then that this game was a vision board for what would occur al
2 comments
Read more