Guerilla at the gas station 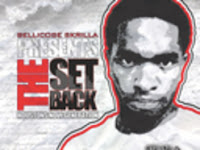 I would have never stopped at that gas station if I didn’t have the urgency to use an ATM. I would have never driven on that street if the ATMs on the previous two convenience stores I visited were not out of order. But as you may already know, life works in mysterious little ways, making me a strong believer that nothing, zero, nada happens by chance.

That being said, for this story to make sense I must recall that earlier that day, around the time the first dose of caffeine was pouring into my brain on my commute to work, I felt a familiar itch: the desire to give birth to sound, the urge to test my full lung capacity, each hidden minuscule artery of it. Out. Loud. Tympanic-membrane-assault kind of sound. It’s a recurrent form of catharsis when I feel that my world is becoming too dull.  Let other drivers think I’m crazy. I’m well beyond that concern by now. I found my own little drug, I’m an addict and I don’t want to be cured.

Alicia Keys doesn’t necessarily rock my world, but she has one particular song that turns me into an inspired scream monster:

“Baby, I'm from New York
Concrete jungle where dreams are made of
There's nothing you can't do
Now you're in New York
These streets will make you feel brand new
Big lights will inspire you
Hear it for New York, New York, New York!”

I’ve never been to New York City (and yes, it's an embarrassing realization), but these lyrics, combined with that song’s rhythm, have an immediate invigorating effect on me. From the top of my vocal cords I add poetic license and sing “Houstooooooon! Concrete jungle where dreams are made of, there’s nothing you can’t do, now you’re in Houstoooooon”. When the song is over, I always whisper a “I wish there was a version of that song that would say Houstooooooon.” I speak to myself quite often, like a crazy mad woman who forgot to take her pills.

Fast forward to that evening at the gas station that I would have never stopped if if if. As an immigrant, one of the things I noticed about gas stations in a big city like Houston is that they are a common hang out place for nomads, beggars, drug addicts, the mentally ill and the ostracized in general. Some stations more than others, of course. I happen to live in a neighborhood where pretty much all gas stations are like that. They should be named The Territory of Lonely Souls Searching for Pocket Fueling or Just a Little Boost of Tenderness From a Total Stranger.

That evening I needed to cash some money fast. I was responsible for donating money to a great cause: the Buddhist temple post-meditation pizza. Because I didn’t anticipate that not only one, but two ATMs would be out of order, by the time I parked at the third gas station I was already running late for class. As I entered the convenience store, I noticed a few homeless men asking for change (there’s a lady in another gas station who always asks for beef jerky). That ATM was finally working, so I quickly cashed money and stormed back into my car. As I closed the store’s glass door behind me, this young man yelled: “hey, gorgeous, do you like hip hop?” It was one of those sentences you don’t understand immediately, so my first reaction was to verbalize a “No, honey, I don’t have anything”. Somehow I always call The Gas Station Lonely Souls “honey”, and I’m not sure if that’s a good thing. It may be even unintentionally condescending. I entered my car and promptly realized what he had just asked me. That’s when I noticed he was carrying a few CDs.

I’m not a hip hop fan, but somehow these words just came out naturally: “are these your CDs?” “Yeah, these are mine. See, this is in me in the cover. Only five bucks. I’m half Hispanic, half Nigerian, check out my music that translates my heritage .That’s me in the cover. There are some songs here that the ladies like, this one you will like it and…” I interrupted him abruptly. “Do you have change for $10?” “Oh, sure do. Check me out on Facebook and You Tube. Become a fan. Here’s your change”.

He was a good-looking young man, kind of tough, kind of sweet. His voice was sluggish and yet I could sense his excitement because I was buying his music. I have a habit of buying CDs from local artists and so far I’ve never regretted it.
-"What’s your name?,” he asked, and from the passenger’s window, he gave me his hand.
-“Juliana,” I said.
-“Nice to meet you, that’s a beautiful name. I’m half Hispanic, half Nigerian, hope you’ll like the songs and…”
-“Can you open the CD package for me? I wanna listen to it now”.
-“Oh, cool, sure can, here it is and did you know…”
-“I gotta go, good luck”. And I drove away.

I felt bitchy. I interrupted him so many times and don’t think I smiled not even once during this minute and a half conversation that seemed like an eternity because I was running late. I just wanted to get in and out, get business done, here’s the money, open the CD, done, deal, leave. I couldn’t even remember his name, but he was no gas station pariah. He was an artist selling his art, taking the time to approach people who most of the time probably just don’t give a damn. Total guerilla marketing, but maybe gas stations are the next big thing after iTunes.

As I drove to meditation class, I couldn’t help it but realize the dissonance between his gas-station voice and his studio voice. And he sang with so much passion. Hip hop is still an unexplored territory for me and lyrics that go on and on about nigga this, nigga that, bitches this, bitches that, are not my type of ear candy either. Maybe this was the first CD I would regret buying from a local artist. That’s until song number four started. Somewhere around minute two, after words I cannot understand, these lyrics came out: “Houstooooon, concrete jungle where dreams are made of, there’s nothing you can’t doooo”.

That evening it was hard to clear the mind and meditate. Too many attachments, too much excitement. Then the Buddhist monk started his dharma talk and the evening’s topic was the principle of karma. Morning drive, Alicia Keys, the lyrics I wished for, cash, meditation, broken ATMs, gas stations, hip hop artist, the lyrics I wanted. Don’t tell me about unconnected dots. Don't tell me that life is what you make it mean. Well, possibly. So to me, the meaning that I give this episode is that life is a bucket of dots connected by pulsating arteries that reverberate when you set your brain to a certain frequency. And I get it, this really sounds like Forrest Gump and Paulo Coelho altogether, but I never said I was perfect.

By the way, the artist is Bellicose Skrilla. I couldn’t find the song “Houston” online, but if you ever ride in my car you will sing it with me until our lungs burst with joy.


Post originally written in March of 2011. This is an edited version.

March 02, 2022
Studying, dreaming, vision boarding with my little sister in the 1980s (I'm on the left) I vividly remember the turquoise-colored table globe spinning, my sister and I hovering our tiny skinny fingers over it until the rotation stopped and they landed on a country. I loved learning their names, but most of all, I loved to imagine myself exploring those faraway lands, so exotic, so unreachable. We would then grab scissors, glue, a stack of mom’s fashion magazines and meticulously look for models with outfits that represented the countries of our spin the globe game. Once we found the perfect ensemble, we would bond the images to a notebook and with colorful cursive letters write the location and occasion. In my imaginary “Summer afternoon in Valencia, Spain” I was a gorgeous lady wearing a beautifully embroidered white skirt, a matching top and a straw hat. In real life I was seven, eight years old. I didn’t know back then that this game was a vision board for what would occur al
2 comments
Read more